Today starts a new theme for NaBloPoMo.  It’s “Home” for the month of June.  So, I thought I’d start this theme like so…

Now, you have to PROMISE to keep this under your hat because I’m not really supposed to be talking about this.  Do you promise?  Cross your heart and hope to die?  Stick a needle in your eye?

No, seriously, you HAVE to promise that you’ll NEVER tell another living soul about this.  I could be in SERIOUS trouble if you do…you wouldn’t want anything to happen to me, WOULD YOU?  Come on, we’re pals, right?  I know we are…you’re here visiting aren’t you?  I don’t know what the US Gov’t would do…afterall, I am MARRIED to a military man.  He could lose his SECURITY CLEARANCE.  You wouldn’t want that, WOULD YOU?  Well, alright then, since you PROMISED!

Here goes: My biological father isn’t the man who raised me.  As a matter of fact, my father isn’t even really from here.  My mother told me once about her experience, but she shuttered as she told me.  She was crying.  I tried to console her, but I couldn’t do it.  “It’s alright Mom, you can tell me.”

As it turned out, my mother was abducted by aliens in 1974. 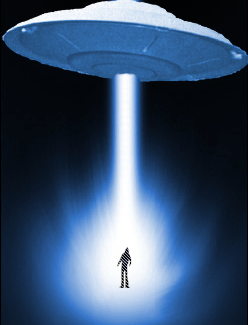 They were doing experiments on her…

…they wanted to see if an alien baby could survive on planet earth.

While my mother wasn’t entirely sure, she gave the alien permission to perform such experiments.  Days later, after impregnation, she was returned. 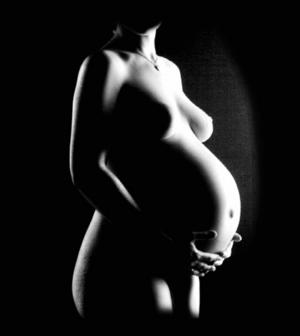 She wasn’t even entirely sure it the whole thing was real…it was almost like a dream, she said.  She told me that’s where my biological great-uncle was.  He was buried there, anyway. 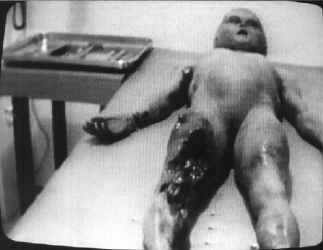 She had a normal pregnancy, and delivery was a b!tch, but my family always knew that there was something a little off with me.  No one could quite place it.  After 13 months, scared of what might happen.   Mom said she was so scared that I would be taken away from her.  So, she strongly encouraged the man whom I call Dad to take to move the family away from that place.  They moved me to Denver, far away from the place of my birth.

I grew up there and lived a not so normal life.  I wasn’t really allowed to have friends because she was afraid that I might start to look like my father, but I went to public school.  On occasion, the kids teased me because I looked and acted so different from everyone else.  I begged my parents to move me away–to somewhere else.  Somewhere where I was “normal”; somewhere I could fit in.  They wouldn’t, and that is where they remain to this day.

As for me, well, let’s just say that I visit my home planet from time to time.  I get along famously with my biological father and I do like my father’s wife.  I have quite the family there.

And that’s my story and I’m sticking to it!

5 thoughts on “Where I come from…”