This weekend, my husband’s unit and I were able to go to Normandy to have a re-enlistment ceremony.  It was so educational and such a nice ceremony.  The one factoid that really surprised me the most was that there are no seagulls or any real animals on Omaha beach.  They just don’t go there.  I hadn’t really noticed it before, but it’s true.  I did happen to get one picture of a bird, but he never landed and he was just flying away. 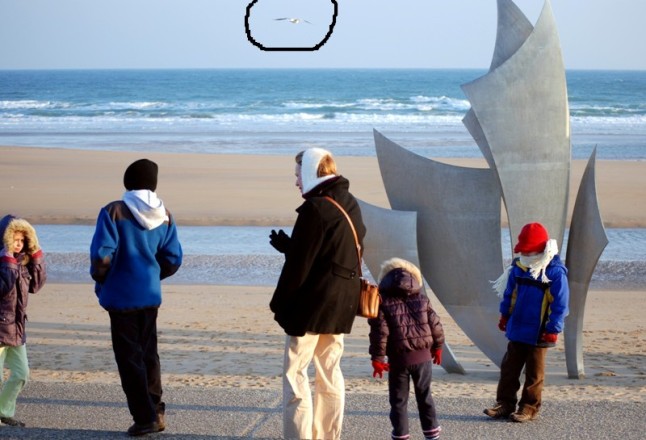 This is a picture of the Chaplain’s family.  I circled the bird.  That was the only animal that I saw.  Rob noticed something on top of a roof top and after closer inspection…

Well, there isn’t much more to chat about right now, but I did want to get the post up for now.  There is lots more pictures and I just don’t have the patience to deal with the low memory on my computer right now.  I’ve been trying to edit them since 10 am.  It’s almost 2PM.

Have a great day and thanks for reading!!!